Bitcoin’s price formed a bullish pattern, finally breaking through the $5,600 line. Will $6,000 be conquered soon?

Bitcoin bulls are back, and we cannot be happier about it.

While we were uncertain last week about whether the bulls wait on the sidelines before they enter higher positions, today we can definitely say this was the case.

Another week in a row, another victory for the bulls. This week, just like the last one, the Bitcoin bulls did not give up and reached yet another milestone.

In the course of the last seven days, we witnessed a solid rise in the price of Bitcoin.

The coin remains in a strong uptrend and is actively moving higher.

The price charts displayed a gradual climb towards the top, which today can be found at the $5,633 against the U.S. Dollar.

The current overwhelmingly bullish view only gives us hope that the world’s first digital currency will finally break above the $6,000 line.

Remaining on the top, placed at #1, Bitcoin reached a dominance of 54.4 percent this week.

Despite being caught on both sides of the $5,000 line last week, the coin traded in the bullish territory.

Such drastic changes were not spotted this week, as the price of Bitcoin was not found at a lower price than $5,221.

The bulls managed to maintain the upward momentum and the coin has now surged above much higher levels.

This ascending line has been rather isolated for Bitcoin because the majority of the cryptocurrencies have not surged yet.

Our last price analysis showed that the coin was put in a detracting juncture due to the inability to go above the $6,000 mark.

Since this did not happen, and the bear market was not confirmed over, the price was most likely to change.

The direction was unknown, as Bitcoin’s price was foreseen to either go drastically down or up.

Luckily, the route Bitcoin took was better than we anticipated.

The line naturally showed several drops, but the price, within smaller time frames, did not vary a lot.

This value will go on to represent the lowest point in the weekly chart.

On Wednesday, Bitcoin bulls gained traction and the coin then took a favorable path. Since then, Bitcoin price is steadily growing.

The weekend was great for the most dominant coin on the market.

However, this price did not stick for too long, as Bitcoin’s price started dropping at a slow pace.

Since the weekends are usually considered encouraging, the start of the new week was daunting.

We were only left to hope the bulls would continue fighting.

On Monday, April 22, the price of Bitcoin started increasing once again.

This major move was the first point in a positive direction.

Today’s price marks the highest point of this week. Interestingly enough, this week’s chart begins with the lowest point and ends with the highest one on the opposite side of the graph.

Unlike the weekly chart of Bitcoin’s price, the daily chart is irregular and definitely does not display an ascending line.

Looking at this chart, we can see how much the coin actually varied on a daily basis.

These changes did not surprise us at all since the weekly chart already showed major fluctuations within tight periods.

Near below is the $5,200 support level, while going further down leads us to the strong support found at $5,000.

The relative strength index on the daily chart showed the RSI no longer struggles with the 70 level of resistance.

Following the breakout in Bitcoin’s price, the index now float around the 75 RSI level.

This means the index relocates in a bullish area.

Looking at the hourly chart of the BTC/USD pair, it is clear that a bullish pattern is forming near the $5,595 resistance.

On the downside, the pair remains well supported.

When the $5,600 level was reached, BTC/USD settled above the 100 hourly simple moving average.

The hourly MACD showed strong signs it is ready to move back into the bullish zone.

Right now, the hourly RSI for the BTC/USD pair is above the 60 level.

These signals show that Bitcoin may actually be in the process of gearing up for the next major move. A $6,000 breakout, maybe? 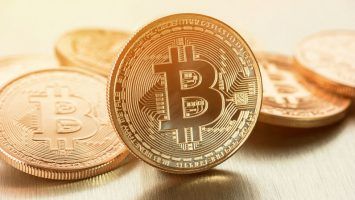