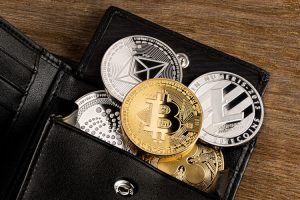 A new $50,000 bounty program has been announced by two startups to anyone who can develop an open sourced decentralized cryptocurrency wallet.

There are plenty of bounties offered to those who can spot bugs in new software programs. But this time, any developer that can come up with a decentralized and independent crypto wallet app can walk away with $50,000.

The bounty reward program has been announced by Blockstack and Shapeshift, two startups in the cryptocurrency ecosystem.

It’s worth noting that the bounty reward program comes with a lot of conditions.

Firstly, the duration for which the bounty window will be kept open is two months, closing on June 25. The bounty organizers have posted a prescribed form for the proposal to be submitted.

The interested developers can download the form and make the submissions. The winner of the $50,000 bounty will be announced on June 29.

The other major technical condition is that the app has to be on an open platform. Secondly, the app must also employ Shapeshift’s API and for aspects like encryption, identity and storage, Blockstack has to be the basis.

The wallet so created will have to provide for cryptocurrencies to be held on it and freely permit their exchange.

The wallet that this partnership has envisioned could fill the void in the cryptocurrency market and if they succeed in selecting the right app out of the submissions next month, it could be a welcome addition to the technology already available in the space.

The final evaluation of the submissions will also take into account the other mandatory factors in the development of any app; it needs to be original and has to be good for adoption and absorption.

Both Companies Already Linked to the Cryptocurrency Business

There are plenty of bounties offered to those who can spot bugs in new software programs.

Blockstack had already run bounty programs, inviting developers to create decentralized platforms; they succeeded in getting a couple of them as well. These apps, Stealthy and Graphite, have gained some traction and a user base.

While Stealthy is basically a messaging app, the other hosts a documents suite. Blockstack claims that Graphite has the features of Google’s G-Suite but with decentralization and encrypted format that uses the Bitcoin blockchain technology at its core. The other messaging app also has similar decentralized characteristics.

A decentralized wallet, which can accept all forms of tokens (both the existing and the future tokens) would be an ideal foil for Blockstack and Shapeshift to enhance their own work on the decentralized and open source models.

Observers and investors will be watching closely and waiting until June 25 to know if someone has indeed come up with the appropriate app as specified in the bounty rewards program.