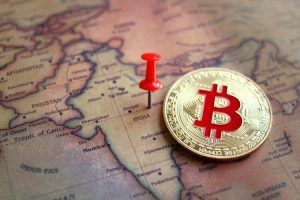 India is considering launching its first cryptocurrency to replace the use of Bitcoin and other coins in the rapidly growing cashless economy.

In the wake of discussions about creating an appropriate regulatory framework for digital currencies like Bitcoin, the Indian government is reportedly contemplating the launch of their own virtual coin.

India’s central bank, the Reserve Bank of India, is considering launching Lakshmi, a cryptocurrency that will fall under their domain, with the hopes that it will be less susceptible to misuse by cybercriminals.

Bitcoin’s wavering popularity and dominance on darknet markets has brought the morality of the coin’s use into question time and again.

Despite its relatively good performances in the exchange market, the Indian government remains skeptical over the use of the virtual coin, particularly when facilitating cross-border transactions and anonymous business ventures in the obfuscated part of the internet known as the dark web.

These reasons have formed the basis for the Indian government’s decision to launch a cryptocurrency that will be under their control, but with India’s rising demand for digital payment platforms, there could be other motivators behind this move.

Lakshmi is expected to run on an implementation of the same blockchain technology utilized by Bitcoin.

The growth of the cashless economy in India has nudged the country’s Bitcoin market up significantly, and this has pushed the banking sector to integrate blockchain technology as rapidly as possible to absorb this growth.

It is argued that Lakshmi could be the final piece of the puzzle needed for blockchain-based currencies to finally meet the rising demand for virtual currency in India.

In the wake of discussions about creating an appropriate regulatory framework for digital currencies like Bitcoin, the Indian government is reportedly contemplating the launch of their own virtual coin.

One of the RBI’s main concerns revolves around the use of Bitcoin and other digital currencies to facilitate cybercrime.

Ransomware attacks for instance require a token to be paid in Bitcoin before the victim’s computer can be unencrypted.

The security-related risks of using Bitcoin seem far more significant than its benefits in many cases, and this may explain India’s hesitance to adopt Bitcoin as a nationally accepted cashless method of transaction.

To be fair to Bitcoin and other digital currencies, cryptocurrencies have made it possible for many legitimate business transactions to be completed online and under the cover of anonymity.

Even with the associated security risks involved, they are much better suited to certain types of transactions than fiat currency ever will be.

Despite the RBI’s warnings about the use of digital currencies, the population of Bitcoin users in India has exploded.

The government is now considering a revision of Know Your Customer standards to adapt them to the use of digital currencies.

The RBI is expected to be the governing body controlling the use and distribution of Lakshmi, but there is a possibility that the Securities and Exchange Board of India (SEBI) could be tasked with this instead.

What is certain is that a number of laws such as the Currency Act will require some amendments to encompass India’s new digital currency should they go ahead with the launch.