The Russian government has always exhibited a contradictory, but largely negative stance, on cryptocurrencies, which are a relatively new phenomenon in the global finance sector.

This has been even more so evident in its attitude towards Bitcoin, the most prevalent of the cryptocurrencies.

As such, it comes as good news to Bitcoin users in Russia that the government looks to legitimize the virtual currency as soon as 2018.

This direction may see Bitcoin become accepted as a legitimate financial tool and legal payment option in a country that threatened Bitcoin users with legal actions such as fines and jail terms just a year ago.

A number of governmental and non-governmental stakeholders in Russia have previously been positive about the potential of adoption of this cryptocurrency in Russia.

In July 2014, the deputy chairperson of the Bank of Russia, Georgy Luntovsky, voiced his concerns about the imminent Bitcoin ban in Russia at the time.

Luntovsky was for the idea of waiting on the development of cryptocurrencies and seeing how they could be leveraged as a mainstream financial instrument.

It looks like the Russian government is gradually becoming open to this notion as Bitcoin continues to grow in popularity.

According to recent reports, the Russian Deputy Finance Minister Alexey Moiseev stated that Russia has plans in place to legitimize Bitcoin next year in efforts to tackle money laundering.

This is part of a financial revolution that will involve a number of key changes in the Russian financial regulation landscape that will begin in 2018.

At the moment, information about definite dates has not been disclosed.

The changes will also include the implementation of new regulations to combat money laundering and illegal transactions.

Russia’s opposition to the unregulated nature of the Bitcoin has mainly been due to the serious security issues associated with the cryptocurrency.

This has been even more so evident in its attitude towards Bitcoin, the most prevalent of the cryptocurrencies.

These include the prevalence of financial criminal activities and terrorism, the risk of hacking attacks, and the potential use of Bitcoin to launder money.

These and other aspects make regulatory aspects with respect to digital currencies particularly acute.

In recent times, this has definitely not been unique to Russia.

China has also recently imposed some regulatory measures in light of some of the aforementioned security issues.

This move was made in order to tackle asset sheltering and money laundering.

This is interesting considering the fact that China is currently among the major Bitcoin traders and miners in the world.

Money laundering schemes seem to have shifted into the digital currency sector, and Russia’s move to legitimize Bitcoin can be viewed as a tactic to address this emerging market.

The Russian government plans to enlist the services of cryptocurrency tracking tools to deal with money laundering.

Going by Alexey Moiseev’s statements, the Russia government looks to monitor nearly all aspects of financial transactions associated with cryptocurrencies as evident in conventional transaction methods.

This seems to go against the largely unregulated nature of cryptocurrencies such as Bitcoin, but nonetheless, it is one of the more positive and progressive directions that the Russian government has taken in its history of stances with Bitcoin.

The unclear legal status of Bitcoin will be made clear by mid-2017 following deliberation by the respective financial regulatory bodies.

The decision will determine whether virtual currencies will be classified as assets, cash or security – a move that will have interesting tax implications as well.

Once this is done, the associated ministries and departments will commence with the regulation and compliance requirements drafting process that will affect the cryptocurrency community.

The government’s plans to recognize Bitcoin as a legal currency come just shortly after Japan made landmark headway in Bitcoin adoption.

The country recently passed a law that made Bitcoin a legal payment method.

Several leading retailing companies in Japan including Recruit Lifestyle and Bic Camera have started accepting the cryptocurrency as a payment option following the development.

This move shows that Japan has the potential to be a world leader in digital currencies in the coming years.

The change of stance regarding Bitcoin by the Russian Ministry of Finance seeks to create a unified stance on cryptocurrencies between the government and the Central Bank.

Regardless of the nature of regulations that will be seen come 2018, the plans indicate good times for the Bitcoin and virtual currencies. 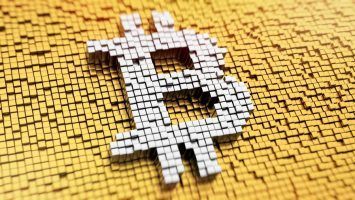