In what seems like a crackdown on illegal currency trading, several arrests continue to take place worldwide.

Throughout the United States, Russia, South Korea and France, a number of arrests and prosecutions have since been registered.

In Southern California, the first case of its kind have gone down in books where a woman, Theresa Tetley, has pleaded guilty to carrying out an illegal money exchange business with the use of Bitcoins.

It is estimated that Tetley made over $300,000 a year using a peer-to-peer Bitcoin marketplace.

Tetley, who was operating her illegal business under the handle “Bitcoin Maven” on LocalBitcoins.com, did run a website that allowed the users to trade Bitcoin for cash.

The money was then delivered to the seller in person or alternatively deposited to their bank account directly.

She is alleged to have sold Bitcoin for between $6 million and $9.5 million in a business spanning for three years.

Last Monday, Tetley was sentenced to a year in federal prison with three years of supervised release and a fine of $20,000.

It is not illegal to trade Bitcoin or other virtual currencies in many countries. What is illegal about the whole thing is that which is done while not registered or licensed.

This translates to millions of dollars being lost in terms of tax. That then becomes the crime—tax evasion in the annual tax returns.

Even law enforcement officials in the U.S. admit that trading in virtual currency is not a crime as long as one has the necessary requirements which are; proper registration, licensing and compliance with record keeping protocols.

One is supposed to register with the U.S. Department of Treasury through the Financial Crimes Enforcement Network or rather FinCEN, which collects and analyzes financial transactions with the aim of combating money laundering, the funding of terrorist organizations and any other crimes related to finance.

Tetley’s Case Is Not the First of Its Kind

In Southern California, the first case of its kind have gone down in books where a woman, Theresa Tetley, has pleaded guilty to carrying out an illegal money exchange business with the use of Bitcoins.

In a similar case involving an unlicensed money transmitting business, Anthony Murgio who operated Coin.mx is reported to have made over 10 million dollars.

Murgio was able to run this business while fronting as a memorabilia company by the name “collectables club.”

The U.S. is not the only nation that has intercepted illegal currency exchanges, especially trading in cryptocurrency.

Late last year, Russia had its first ever criminal case revolving around Bitcoins. In this particular case, $9 million USD worth of Bitcoins were involved.

Another U.S. trader, Thomas Costanzo from Arizona was charged and convicted for money laundering which amounted to $164,000 worth of Bitcoin, which he received in cash.

In this case, Costanzo also sold Bitcoins over the counter, and he faces up to 20 years behind bars or a fine of $250,000 or both.

Morgan Rockcoons from Southern California was charged and convicted of operating an unlicensed money transmitting business.

Another U.S.-based illegal Bitcoin trader Daniel Mercede, who operated Cyptocoin Capital Management, was apprehended for being in the business illegally.

He would buy Bitcoins in large quantities from legitimized foreign exchanges and then resell them at some profit in the local market. It is alleged that he transmitted $1.4 million.

In Tetley’s case, the prosecution was pushing for 30 months’ imprisonment (about two and a half years).

Her defense lawyer was however working to reduce the sentence to 12 months in addition to a plan to forfeit 40 Bitcoin (worth $271,560 then), $292,264 in cash and 25 gold bars confiscated by authorities during her arrest.

In Morgan Rockcoon’s case, the government also sought to forfeit all his assets.

It happened to be the first European case that judicial action brought the closure of an illegal virtual currency exchange.

LocalBitcoins is an over-the-counter Bitcoin trading platform for vendors worldwide. The service allows users to advertise the sale of Bitcoins.

In addition, they post about the various modes of payment convenient to them. 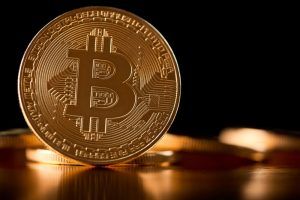 As a currency, Bitcoin’s very design centers around independence from world governments, banks and corporations

Upon agreement of the sale, the Bitcoin is secured in an “escrow system” until its owner confirms receipt of payment from the buyer.

It is then that the currency is accessible by the new owner who is now free to spend it as they wish.

The anonymous nature of Bitcoin transactions has made their use popular with drug dealers on the dark web and their customers.

The prosecution office in the U.S. did note that some of Tetley’s earnings were found to have been linked to drug trafficking activities.

Similarly, Costanzo did use Bitcoin to purchase narcotics on the internet. Rockcoons, on his side, was involved in the trade of hash oil, which is a prohibited substance in the U.S.

LocalBitcoins has been found to be a haven for traders who wouldn’t want to risk associating their bank accounts with their online activities.

As a currency, Bitcoin’s very design centers around independence from world governments, banks and corporations.

The fact that users have total control over their finances adds to its preference with those who seek to operate outside the inquisitive eyes of the government.

Bitcoins also require less time to complete a transaction. This is based on the verification process and the trading model.

Time is a precious commodity any day and a process that saves time would definitely appeal to almost anyone.

There is also the aspect of anonymity. An individual’s wallet doesn’t have to be linked into anything that may reveal personal information.

This is much the opposite of the known banks of the day. The level of transparency used in Bitcoin transactions also helps add to their popularity among the advantages over other forms of financial transactions.