Microsoft has come out clearly to refute a post on their website saying that the company would no longer be accepting Bitcoin payments, according to recent Bitcoin news. In an update, they claim this Bitcoin news was wrongly posted and doesn’t reflect their true standing in regards to cryptocurrency transactions. Even further confirming that the virtual money would be endorsed for purposes of adding cash to individual Microsoft accounts, which can then be used for buying content in Xbox and Windows stores.

It had earlier introduced the ability to purchase items in these two platforms in 2014, immediately after partnering with payment processor company BitPay. This gave users more opportunity to access their favorite services easily. Account holders can now trade using this cryptocurrency and add real-time value to their online wallets.

During official launch of this deal with BitPay, Microsoft Store’s corporate vice president mentioned in regards to the Bitcoin news that it was meant to give people more options. And also help them conduct more activities on their devices by taking advantage of cloud technology. Answering the false Bitcoin news “Microsoft Store does not accept bitcoin,” they said company policies will remain unchanged and corrections shall be made on the inaccurate information previously posted.

Their website had earlier read that Microsoft was quietly stopping its Bitcoin payment system, only a year after installing cryptocurrency into their Windows Store. This was first noticed by “Softpedia,” the software encyclopedia; it said users could no longer redeem virtual currency into Microsoft accounts. Though existing balances were still available for making purchases from the Microsoft Store, refunds could not be offered for those wanting to withdraw their money. Before denouncing the incorrect Bitcoin news, company officials had first refused to give an answer regarding these allegations. But this changed later on when they came out openly to disprove it. Following their disclosure, it wasn’t clear what was happening then with some people speculating that limited user uptake made Bitcoin payment retention unnecessary.

Microsoft’s move, though now confirmed as erratic, came amidst challenging times for the entire Bitcoin community, which is grappling on whether digital currency needs major infrastructural changes, in order to boost its capacity to grow with upcoming online technology. Their support of the cryptocurrency however was not expected to make or break its general usefulness, but the impromptu decision of a large multinational tech company to rescind Bitcoin payments served as a clear indicator that Bitcoin isn’t yet fully accepted as a standard global currency.

Nevertheless, that Bitcoin news didn’t come out as a surprise since there are many other uses for this virtual currency, including technologies that drive it beyond just being another consumer payment option. Its growth will continue steadily over the years such that people will use it more frequently to purchase digital products and services such as those of Microsoft. The tech company aims to be at the forefront of this particular trend.

Though, the wrongful post has since been deleted, it still accessible from the Internet Archive. Microsoft has apologized for the inaccurate information inadvertently posted on their site and released a statement reassuring customers that the company will continue taking Bitcoins payments.

It’s also not clear how the post mistakably got onto Microsoft’s site, since it was given its own personal page on Windows support site, handing them absolute control of updates and other administrative functions on their page. However, everything has now returned back to normal and it seems as if the few Microsoft customers still using the currency will continue having it for buying apps, at least in the near foreseeable future. 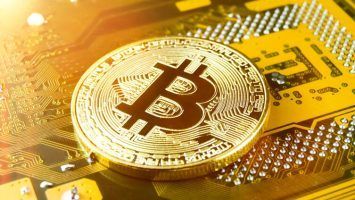