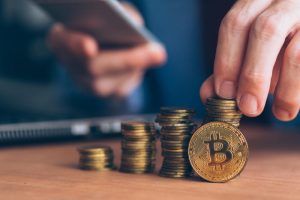 Courts have discussed Bitcoin’s legitimacy for years. But now in Florida, prosecutors are allowed to go after the sellers of unregulated Bitcoin.

One of the main discussions since the beginning of cryptocurrency is whether it should be considered money or an asset.

The people in favor of Bitcoin as money argue that it can be exchanged just like physical cash, and the people who say that Bitcoin is an asset mention its price fluctuation, similar to gold, which is also an asset.

The cryptocurrency acts as a channel of exchange, even though it does not fit the definition of proper money.

One of the courts that acknowledged this was Florida’s Third District Court, which recently ruled Bitcoin to be considered as legal tender.

With the decision by the Third District Court made, it reversed Judge Teresa Pooler’s finding in 2016, saying that digital currency should not be considered real money.

This was the state’s first big case regarding Bitcoin. A web designer by the name of Michell Espinoza was selling Bitcoin to Miami Police Department undercover agents.

According to court documents [PDF], the officers found him on a Bitcoin exchange site where he was advertising the sale of Bitcoin.

The agents mentioned that the Bitcoin will be used to get a hold of stolen credit card numbers, but Espinoza did not stop the sales.

He was arrested with another man by the name of Pascal Reid, who pleaded guilty and made a deal with the police to be sentenced to probation.

In return, Reid had to show the police everything he knew about Bitcoin.

Michell’s defense argued the Bitcoin is similar to poker chips, and the judge agreed.

She said that even though the cryptocurrency can be exchanged, it is not a channel that is commonly used. She said that Bitcoin has a long way ahead before it is considered money.

The judge decided that the man who sold Bitcoin that was worth around $1,350 was not guilty.

She wrote an eight-page order, in which she said that unlike money, Bitcoin can’t be hidden under the mattress. She said that despite the fact that the court had limited knowledge in this field, the case was very clear.

One of the main discussions since the beginning of cryptocurrency is whether it should be considered money or an asset.

On January 30 this year, the Third District Court of Appeal overturned the ruling. The state had an issue with the dismissed charges.

They also had issues with how Judge Pooler handled the case.

According to court filings [PDF], they pointed to chapter 560 of the Florida Statutes, where there is a definition of the term money transmitter.

Espinoza was undoubtingly involved in the business of a money transmitter, which Florida law requires to be registered as a money services business.

The court also noted that Espinoza was not selling his personal cryptocurrency, but that he was marketing a business.

The charges against him were reinstated, but the trial date hasn’t been set yet.

State of Florida Chief Financial Officer Jimmy Patronis said that they will be appointing a chief that will be in charge of overseeing the cryptocurrency industry.