A new law drafted for the Central Bank of Egypt would require cryptocurrency-related platforms to obtain licenses to operate legally.

A new banking law has been drafted that would give the board of directors for the Central Bank of Egypt (CBE) the right to require licenses for anyone looking to create, advertise or operate platforms that trade or issue digital currencies.

Egypt Independent, an English-language Egyptian news site, broke the news about the draft legislation, citing an unnamed source from CBE. If the bill were to become law, it would be illegal to create, promote or operate platforms either for trading or issuing cryptocurrencies without having the appropriate licenses.

Additionally, the bill would give CBE the power to create new rules as they see fit regarding the trading and dealing of digital currencies.

Provisions of the Bill

According to the report from Egypt Independent, the board of directors of the CBE would be given legal authority over cryptocurrencies and the validation of electronic payment orders, bank transactions, electronic check settlements and other banking actions done electronically.

Furthermore, these digital functions would be considered valid just like their paper counterparts if they satisfy technical criteria which are decided upon by the CBE’s board of directors.

While this bill appears restrictive, it is actually less so than the current law in Egypt, where cryptocurrency trading was banned since January 1, 2018 under Islamic Law.

This changing stance on cryptocurrencies has been taking shape in Egypt for some time now. In December 2018, it was reported that the nation was considering introducing a digital version of their currency, the Egyptian pound. This route was considered in an effort to bring the costs of issuing and transferring money to a minimum.

Prior to the ban enacted at the beginning of 2018, there were no digital currency laws in Egypt. This may be due to the fact the country’s relationship with cryptocurrencies began relatively recently. Their first Bitcoin exchange, Bitcoin Egypt, was launched in August 2017 and only allowed purchases of Bitcoin to be made using the Egyptian pound.

According to Rami Khalil, one of the co-founders of Bitcoin Egypt, at the time the exchange was founded there were only a few hundred Bitcoin traders in Egypt, operating on online forums. That number has undoubtedly grown since the founding of the exchange and will likely continue to grow if the laws surrounding cryptocurrencies continue to become less restrictive in Egypt. 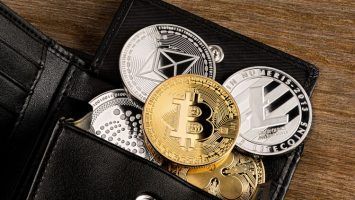