Nasdaq, in partnership with investment management firm VanEck, is planning to launch Bitcoin futures in the first quarter of 2019.

Nasdaq is preparing to launch Bitcoin futures as early as in the first quarter of 2019.

The stock exchange—which is the second-largest in the world—will partner with investment firm VanEck in this endeavor.

Speaking at the Consensus: Invest conference in New York, Gabor Gurbacs, head of crypto asset strategy for VanEck, said that the launch of Bitcoin derivatives in Q1 2019 will also include the introduction of a regulated digital currencies futures contract.

Bitcoin futures contracts are the most anticipated of all the products to be launched early next year.

The Commodities Futures Trading Commission, or CFTC, has been working closely with Nasdaq to solve any remaining regulatory issues before next year.

CFTC, America’s leading swaps regulator, had also worked with VanEck, and as Gurbacs confirmed, the investment management firm had gone above and beyond to set new standards for crypto monitoring and custody.

Only two crypto futures have so far been approved by the CFTC, which is the main governing body of Bitcoin as a commodity.

The two approved crypto futures include that of Chicago Board Options Exchange and Chicago Mercantile Exchange.

ICE will be rolling out Bitcoin futures through its cryptocurrency exchange Bakkt, which plans to launch its futures on January 24.

Originally, Bakkt’s Bitcoin futures were supposed to hit the market by December 12 this year, but it was later postponed.

ICE later confirmed that the shift in launch dates was due to the increase in demand for its Bakkt Bitcoin Daily Futures Contract.

Meanwhile, VanEck is confident that the Securities and Exchange Commission will soon approve the debut Bitcoin ETF.

The SEC has rejected several Bitcoin ETF applications, nine of which were turned down in August.

A few crypto enthusiasts, such as the Winklevoss twins, have tried a number of times to win the SEC’s approval for a Bitcoin ETF, but have been met with rejection.

Talking about the last round of rejected bitcoin ETF applications, the SEC cited the applicants’ failure to show how market manipulation and fraud would be prevented.

Gurbacs is nevertheless confident that SEC approval for the first Bitcoin ETF is imminent despite the recent string of failed applications.

Speaking to Fox Business, he said that VanEck is as close to getting approved as can be, and he was confident that they are the company to build America’s first Bitcoin ETF.

Gurbacs is not fazed by the recent slump in the crypto market either. He expressed his confidence in the future of the crypto industry, saying that it would be unwise to discount what is possibly the world’s next financial system. 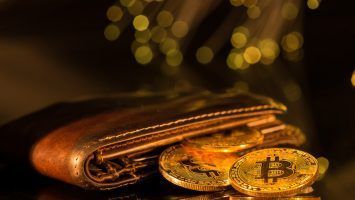