South Korea will be issuing a ban on Bitcoin and cryptocurrency trading this month. While this sounds ominous, it’s not as drastic as it seems.

It has been known in the cryptocurrency community that South Korea is one of the most rabid traders and buyers of cryptocurrencies.

Having a big share of the global digital currency trading volume, it’s no wonder that Bitcoin price began to slump upon hearing the news that South Korea is banning cryptocurrency trading.

Some refuted that these are just rumors. Then, the South Korea Bitcoin drama ensued.

Because South Korea is largely a non-English speaking country, there was a lot of confusion floating around because of translation issues. Then, there are also political issues that began to circulate.

According to many South Koreans in the Bitcoin community, the announcement of the ban came from South Korea’s Ministry Of Justice. After the initial announcement, Bitcoin price plummeted drastically.

But to much relief among the community, South Korea has a different political system, and officials clarified that the stance of the Ministry Of Justice does not represent the entire Korean government.

So, is digital currency trading safe from a ban in South Korea? Not quite, but it’s not as drastic as it may seem.

There is a ban, but the South Korean government is not banning cryptocurrency trading, but rather banning the funding of trading accounts using anonymous bank accounts and virtual debit cards.

The South Korean government announced that the ban will start on January 30, 2018.

While the South Korean government upholds the rights of citizens to risk their money at their own will, the government has been trying to curb down the obsession.

In South Korea, almost everyone owns cryptocurrencies—from college students to office workers to homebodies. Quite possibly, South Korea’s biggest concern stems from the fact that citizens are investing in droves on something that has no regulatory oversight.

One of the biggest selling points of Bitcoin, and other cryptocurrencies, is the fact that it’s an asset and/or currency that no one on the planet can fundamentally control. It’s free from regulations.

Make no mistake about it—Bitcoin price is a new asset class, and one that is exponentially growing. Policy-makers from all corners of the globe are endorsing the idea of a coordinated regulation of cryptocurrencies. 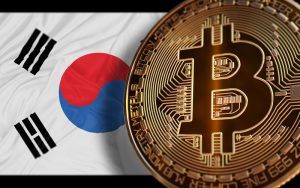 It has been known in the cryptocurrency community that South Korea is one of the most rabid traders and buyers of cryptocurrencies.

However, the regulator also clearly announced that such a ban is only a possibility that’s being considered. The ban on domestic virtual currency exchanges is not included on the scheduled January 30 ban.

Keep in mind that South Korea’s stance on digital currency is not as unanimous as many outsiders may think. As of the moment, it’s only the Ministry of Justice that’s pushing for hard rules and regulations.

On the other hand, regulators are not so keen on enforcing the said ban.

For the upcoming ban, starting at the end of this month, regulators have stated it will be illegal for cryptocurrency traders to fund their exchange accounts using anonymous sources.

In fact, the ban clearly states that the bank details and the exchange account details must match.

For many Bitcoin traders, this ban did not come as a surprise. Most of them knew that the ban was coming; it was just a matter of exactly when.

Most South Korean cryptocurrency traders see the ban as nothing to do with them, so there’s no need to stop trading in cryptocurrencies.

This is largely true as the government is more concerned about money laundering, using anonymous account to “wash” criminal money.

The regulators of the ban also commented that they will soon be releasing detailed guidelines for the banks to minimize confusion.

While the Bitcoin community does get concerned about the ban, most simply see it as a “bump on the road.” As Bitcoin supporters point out, just because you can ban something it doesn’t mean you can stop it.

The biggest problem is the enforcement of the ban.

Unless the government can afford to assign one enforcer for each family or person, there’s no way you can stop anyone from using, buying or selling Bitcoin and other cryptocurrencies.