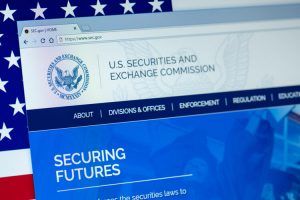 The SEC’s new FinHub portal allows the public to engage staff on matters related to cryptocurrencies and innovations in distributed ledger technology.

The launch of the Strategic Hub for Innovation and Financial Technology (FinHub) by the U.S. Securities and Exchange Commission heralds an era of unrestricted public engagement on tech-related issues, particularly those pertaining to innovation in fields like blockchain and virtual currency.

According to its announcement, the SEC intends to make FinHub a comprehensive resource where the public can discuss issues such as distributed ledger technology, which will cover digital assets too, digital marketplace financing, automated investment advice, artificial intelligence, among other topics.

FinHub will function as both a replacement and a platform for the furtherance of projects from many of the internal groups at the SEC that focus on similar issues.

Role of the New FinHub Portal

Among its functions, FinHub will facilitate the direct engagement of the industrial sector as well as the public with the SEC on issues related to technological advancements and innovation.

On the flip side, the FinHub page will serve as a means for the SEC to publish initiatives and activities relevant to financial technology as well as to engage with the public on issues relevant to innovation and technological developments.

There will be a dedicated FinTech Forum event with the main emphasis on digital assets and distributed ledger technology that will be unveiled sometime in 2019.

Launched in connection with last year’s issuance of the DAO report, which classified ICO tokens as securities, FinHub will also serve as a clearinghouse where the SEC staff will gather and circulate relevant fintech information throughout the agency, and a liaison to both national and international regulators in matters relating to the latest in financial, regulatory and supervisory technologies.

The [email protected] address, which was established after the DAO report was issued in July 2017, will be replaced by the new FinHub page, and this is where investors and developers will be able to reach the SEC staff to discuss matters related to FinTech.

The launch of the Strategic Hub for Innovation and Financial Technology (FinHub) by the U.S. Securities and Exchange Commission heralds an era of unrestricted public engagement on tech-related issues

According to the SEC’s press announcement, SEC Senior Advisor for Digital Assets and Innovation Valerie A. Szczepanik will spearhead the FinHub initiative, which will be staffed by SEC representatives with the relevant knowledge in the issues that will be addressed via the FinHub.

Speaking in the announcement, SEC Chairman Jay Clayton highlighted that the commission will be looking to work with both market participants and financiers to generate new ideas on financial services, capital formation and market structure, with an aim to improve investor protection.

According to Clayton, the FinHub will be a focal point of engagement on the promising innovations in the securities markets that will require a prompt response from the regulatory board.

Szczepanik, who was appointed to the SEC this year to oversee crypto regulation, also mentioned that the SEC has been focused on understanding emerging technologies to make it easier for the agency to pick a stance on hot-button issues, particularly those that are considered to be beneficial to the securities industry.

FinHub, according to Szczepanik, will serve as an open avenue for developers and entrepreneurs alike to engage with the staff at the SEC for the purposes of testing ideas and seeking further input. 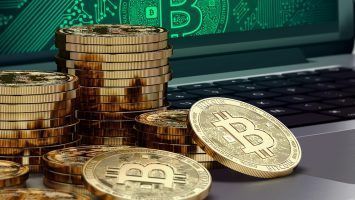