Local authorities in Bulgaria have seized $3 million out of the $5 million worth of stolen cryptocurrencies in a massive heist.

Three Bulgarian men were arrested and charged by local police for orchestrating a cryptocurrency heist of over $3 million.

According to the Bulgaria Ministry of Interior, authorities had managed to seize $3 million worth of stolen cryptocurrencies, a hardware portfolio for storage of crypto data, as well as computers and flash drives.

The police also seized a car worth about 60,000 BGN ($35,000), allegedly bought using the stolen crypto funds as well as notebooks containing accounts of both real and fake people.

According to local sources, investigations began in June of this year after the first case was reported to federal authorities.

It was discovered that the three men were well-conversant with cryptocurrency trading. Coupled with the in-depth knowledge, specialized software and coding skills, they were able to carry the heist.

This case is not the first cryptocurrency-related crime in Bulgaria. Two Bulgarian government officials were arrested in November for accepting bribes in form of Bitcoin.

The two officials worked with the National Agency for Bulgarian Citizens Abroad, and it is alleged that they issued identity documents to foreigners in exchange for Bitcoins.

Local sources stated that in a given week, the two officials received between five and 15 bribes since July 2017.

Previous cases by the Bulgarian authorities have seen them getting a hold of 200,000 Bitcoins valued at around $5 million at the time of the seizure.

Bitcoin Losing Its Reign as King 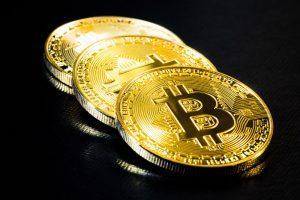 Three Bulgarian men were arrested and charged by local police for orchestrating a cryptocurrency heist of over $3 million.

In total, at least $1.2 billion worth of cryptocurrency has been stolen since the beginning of 2017. Experts have attributed this to the fact that Bitcoin has experienced massive price fluctuations in the past year, reaching an all-time high of almost $20,000 in late-2017.

But, due to Bitcoin’s high-volatility nature, cybercriminals have begun shifting to other more stable cryptocurrencies.

An example is Monero, which has lower transaction fees and is non-traceable and more private compared to Bitcoin whose transactions take too long to process.

Details of how the three Bulgarian men acquired such an amount of cryptos or the type of cryptos that were stolen are still unknown.

The most common approach used by a majority of attackers is the use of fake advertisements, malware and phishing attacks. Another approach that has gained popularity is crypto-jacking, infecting systems with malware to mine cryptocurrency by using their CPU.

Depending on which approach the attackers use, at their disposal is an array of tools that are inexpensive in dark web marketplaces.

Cryptocurrency Exchanges Are the Main Target

According to industry experts, the primary targets of the attacks are cryptocurrency exchange platforms, with 27 percent of the attacks targeting exchanges directly.

Some researchers have found that 54 percent of the platforms in operation have inadequate security. Regardless, platforms with ample security have security features such as two-factor authentication, which not all users deploy.

But not all coins are legitimate, for example, earlier this year OneCoin offices were raided by Bulgarian police.

According to industry experts, the primary targets of the attacks are cryptocurrency exchange platforms, with 27 percent of the attacks targeting exchanges directly.

The company has been branded as a Ponzi scheme, stealing savings from unsuspecting investors. It was subsequently banned by several countries across four continents, warning people to stay away from the coin.

As the crypto market grows rapidly so do criminal activities like money laundering and drug trafficking, forcing investigators to focus on significant or high-profile cases.

As much as 85 percent of crypto thefts or scams go unreported—the reason being that most victims find it impossible to track the funds, especially in situations where the police do not understand what blockchain technology or cryptocurrency is. As such, it has resulted in the number of accounts compromised in 2018 to double.

Two of three men in the recent crypto theft case are still in custody, while the other has been released on a 50,000 BGN bail. Details on whether the bond was paid or how it was paid are still unclear.