The Reserve Bank of India and the Internet and Mobile Association of India submitted their final arguments before the Supreme Court. Here’s a summary.

The legal contest pitting the Reserve Bank of India (RBI) and the Internet and Mobile Association of India (IAMAI) against each other has reached its final phase as the latter party battles to get the crypto banking ban lifted by the Supreme Court of India.

Originally scheduled to take place on September 11, a backlog of Supreme Court hearings and delayed filing by the RBI both contributed to two consecutive postponements.

The RBI finally submitted its response on September 12, backing its decision to instate the ban and citing the lack of legal definition of cryptocurrencies as the basis for their stand on the matter.

According to India’s Central Bank, the petitioner, IAMAI, seeks to have established regulations waived by the Supreme Court to obtain rights that are not traditionally part of the people’s constitutional rights.

Based on this argument, the financial institution reiterated that their decision to place the ban on Bitcoin banking fell squarely within the legislative powers conferred to them by the law and thus, their position on the matter and the impugned statement they provided were both legal and valid.

Furthermore, the Central Bank of India pointed out that the IAMAI failed to present any arguments against the ban, and based on this, they requested the Supreme Court of India to deny their plea.

Curiously, the financial institution failed to highlight the arguments that would be favored as “valid” in the eyes of the Supreme Court, leading many crypto enthusiasts to believe that it was fearful that the ruling would sway in the direction of the petitioners.

The legal contest pitting the Reserve Bank of India (RBI) and the Internet and Mobile Association of India (IAMAI) against each other has reached its final phase as the latter party battles to get the crypto banking ban lifted by the Supreme Court of India.

Indian media outlets are thus far questioning the involvement of India’s premier banking institution in the democratic process, saying that it is every citizen’s right to be heard before the apex lawmakers of the country regardless of the issue at hand.

India’s current legal framework does not classify Bitcoin in any of its asset classes, but that has not been enough to deter several other countries from setting up laws that promote and govern both the use of blockchain technology and cryptocurrency.

Already, several entrepreneurs from the nation have been forced to set up their crypto businesses elsewhere abroad.

What Is the Outlook?

Despite the ban put in place by the Reserve Bank of India, there is a lot of underground activity from crypto markets in the country.

Techniques such as P2P (peer-to-peer) trading, an exchange-based method of trading cryptocurrencies, are already being used to circumvent what is, according to them, a law that is not very enforceable.

In the end, it is India’s Income Tax Department that stands to lose (and is already losing) thousands of dollars in income tax should the ban remain in place.

This is despite the country’s decision to impose a capital gain tax on trading or owning crypto assets. 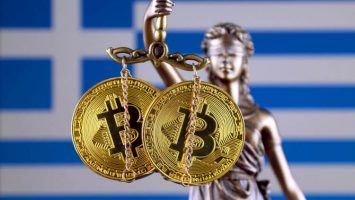